FUN FACTS ABOUT WYOMING! THE HEARTS OF WYOMING SERIES 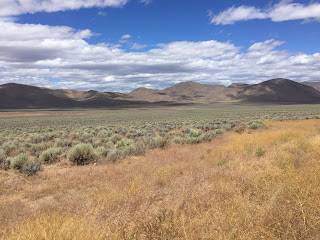 Why did I choose Wyoming for the setting of my Hearts of Wyoming series? There are lots of things about Wyoming that make it a perfect setting for a western romance...the cowboys being just one such reason, lol.

Here are some fun facts about Wyoming:


1. Wyoming is the Equality state because it was the first state to give women the right to vote, which it did in 1869
2. Nellie Tayloe Ross was the first woman to be elected governor of a U.S. state and that state was Wyoming!
3. Louisa Ann Swain was the first woman in the U.S. to vote and she cast her ballot in Laramie, Wyoming in 1870
4. Wyoming is home to the pronghorn, the fastest mammal in the Western Hemisphere 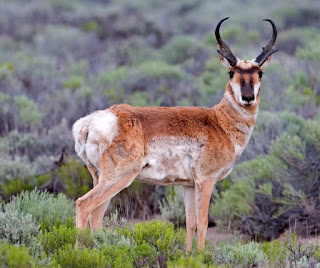 5. The first Dude Ranch in Wyoming (and possibly anywhere) was the Eaton Ranch, near Wolf (1879). The Eaton's also came up with the term "dude". The Eaton Ranch is still a dude ranch and still run by members of the Eaton family. http://eatonsranch.com/the-ranch/history/
6. In 2014, Wyoming was estimated to have 11,700 farms and ranches with an average acreage of 2,598!
7. Wyoming has the lowest population of all the 50 states
8. The name Wyoming originated from a Native American word, mecheweamiing, meaning land of big plains.
9. The horse on the license plate is named Old Steamboat after a bronc that could not be ridden back in the day.
10. Yellowstone is the first official National Park (1872).

So you see, this state is the perfect setting for romance western-style!  The Heart of Wyoming Series currently has three books available on Amazon:

The next and fourth book in the series, The Loner's Heart (Trace's story), is due out in 2017! 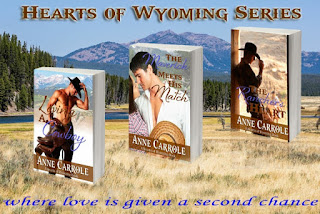 Feel free to surf to my web blog; https://www.myonlinebuy.us/is-viagra-without-a-doctor-prescription-usa

They're all dudes, huh, at the Eaton?
Never knew that, maw.
GBY