Self-Reliance and Law and Order in the Old West

Two books I just read have some great stories about the cattle era in Texas: a contemporary-to-the-time account called Cowboys and Cattleland by H.H. Halsell and an historian’s view regarding Fort Worth’s notoriety during that period in Hell’s Half Acre by Richard F. Selcer.

The common theme that struck me was self-reliance. I’m not talking just about taking care of yourself even though that’s part of it. I’m talking about the need to trust in your own sense of right and wrong and implementing your own brand of justice. Even the lawmen kept their own counsel about what laws to enforce and what ones not to.

Here’s a few interesting stories and facts I gleaned from these books regarding the state of law and order in Texas during the late 1800’s:


“In the early 1870s carrying a six-gun was not only legal, it was expected. Shooting galleries were licensed within city limits, allowing a man to sharpen his aim or test his skills against other men without leaving town. Even after a law was passed by the state legislature ordering all men east of Parker County to stop wearing sidearms in town, it was widely ignored.” p. 58, Hell’s Half Acre, Selcer.


Seems attempts at gun control failed back then, too. Partially because the lawmen didn’t enforce all the laws all the time leaving a lot of gaps in protecting a citizen the way he or she thought they should be protected. Instead, law officers tended to use their own judgment about where and when to impose what laws on whom. That left a lot of inconsistency in law enforcement but with everyone armed that was probably the sanest if not safer route. Long-haired Jim Courtright, Marshal of Fort Worth from 1876-1879 and well-respected for his ability with dual six-shooters, apparently thought so. 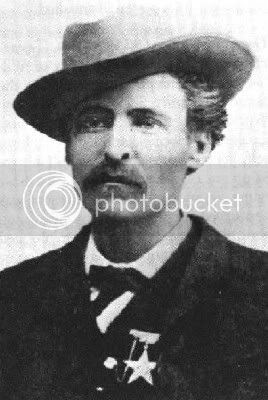 “… Courtright preferred to enforce a personal rather than statutory form of the law. In his dealings with visiting cowboys, who were more unruly than dangerous, Courtright preferred tolerance and persuasion over coercion as the best way to keep a lid on things. In his own unique view of what a town marshal should do, he saw his job as being “to prevent the flow of blood, not liquor.” p. 92

Even killing a ranger could apparently be forgiven if the cowboy was deemed a good man. H.H. Halsell recalls how his brother shot a Texas Ranger in a well-documented gunfight outside a saloon in Hunnewell, Kansas over a woman who happened to be the town marshal’s girl. She apparently preferred O.D. Halsell and the marshal enlisted a Texas Ranger to intimidate O.D. on a false pretext. Add in some liquor along with the guns and the results are predictable. O.D. Halsell wasn’t a man to back down, especially when he had done nothing wrong, and being an excellent shot, the Texas Ranger died and O.D. fled. With a four thousand dollar bounty on his head (a lot in those days), dead or alive, O.D. asked his brother to broker a deal for his surrender.

Of course, H.H. went to the most influential man in town, the owner of the Hale hotel, and pleaded his brother’s case:

“Your gamblers and saloon men drug, rob, and kill our cowboys. And cowboys of the better sort resent that and shoot up your town, ride the sidewalks, and take the gals away from the town fellows because they are braver and have more money.” I said further that O.D. Halsell was well liked by all cowboys and they would follow him anywhere; and if they would put a stop to their devilment, we would do our part to keep the peace….Next day O.D. and two of his best friends, Dick West and Mat Laughlin, rode into town and Halsell was cleared of all blame. p.171

By all accounts O.D. Halsell was considered a man of integrity and maintained his role as a leading cattleman in Texas. Undoubtedly, killing a Texas Ranger quelled anyone else calling him out because there were no other accounts of O.D. Halsell being involved in a gunfight. But the argument made on his behalf is an interesting example of the Code of the West and the inconsistent application of the law. It’s hard to imagine many men would have gotten away with shooting at a town marshal and a Texas Ranger much less killing one of them, regardless of the circumstances. 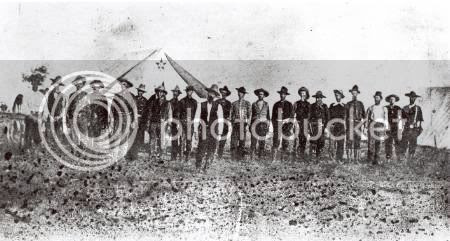 It was clear people felt they couldn’t trust the legal system, such as it was, to do what they thought was the right thing. Thus the Code of the West backed by a six-shooter fostered self-reliance, at least where the law was concerned and has provided fodder for lot of good stories about the Wild, Wild West

Texas Rangers back in the day
Posted by Anne Carrole at 7:26 PM 1 comment:

Blogging at Petticoats and Pistols 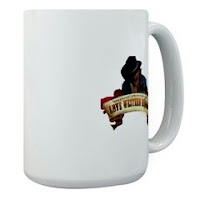 I'm blogging at Petticoats and Pistols as part of the Love Western Romances duo on August 1. Please stop by at

and if you leave a comment you'll be entered into a drawing for a Love Western Romances mug for a little inspiration with your coffee! So come say "howdy'!
CONGRATULATIONS TO LINDA BRODAY: THE WINNER OF AN LWR MUG!