Woman of the West: Sarah Bowman, The Great Western

She fought with Zachary Taylor’s army during the Mexican-American War, kept the mess hall open during the bombardment of Fort Brown, loaded cartridges and carried wounded during the battle of Buena Vista, marched with the army from Texas to California, was cited as El Paso’s first prostitute, mothered several adopted children, was known as Dr. Mary for her compassionate nursing of the sick and received a government pension for her army duty. Colorful and larger than life, topping out at over six feet and weighing 200 pounds, Sarah Bowman tamed the West on her terms.

People must have naturally commented, “What a woman!” when they met her. She was nicknamed “The Great Western”, most likely after the world’s largest steamship at the time. Described as dark-eyed and voluptuous there was no disguising The Great Western as anything but a woman. She stood out if not for her physical attributes than for the way she braved danger—meeting it head on. “She carried a pistol, could shoot a rifle and knock down any man who tried to bother her.” (Sarah Bowman and Tillie Howard,Borderlands.com)

During the siege of Fort Brown in May 1846 she refused to take refuge underground with the other army wives and instead operated the officer’s mess while the fighting went on for over a week. Legend says even as bullets hit her bread tray and bonnet she continued to keep the men fed earning her another nickname: The Heroine of Fort Brown. She was a woman who handled the west with grit, gumption and a heap of courage.


At the battle of Buena Vista she wasn’t prepared to sit on the sidelines but helped load guns and tended the wounded on the battlefield and was often referred to as Dr. Mary for her efforts. When her second husband lost his life in the battle, she was told only married women could march with the army to California, the regiment’s next destination. Supposedly, “she rode along the line of men asking, ‘Who wants a wife with fifteen thousand dollars and the biggest leg in Mexico? Come, my beauties, don’t all speak at once. Who is the lucky man?’” (Handbook of Texas Online, s.v.) In any event, David E. Davis was the lucky man and Sarah went to California. But I’m guessing Sarah didn’t squirrel away fifteen thousand dollars from supplying just food to the army. In any event, she reportedly received a lifetime government pension; for her public service and bravery, one assumes, not her private services.

Despite her rather loose ways, Sarah must have enjoyed being married because, whether divorced or widowed from Davis, she married Albert J. Bowman, her fourth and last husband, when she returned to El Paso in 1849. According to her biographer, Brian Sandwich, the hotel “business was good” as she offered entertainment with a room and is largely believed to be El Paso’s first prostitute. When her husband was discharged from the army in 1852, they opened another hotel and brothel in Fort Yuma. “Lt. Sylvester Mowry, a soldier stationed at Fort Yuma in 1856, wrote of Sarah that “among her other good qualities she is an admirable pimp.’” (Handbook of Texas Online, s.v.)

One of those other good qualities was evidently her compassion. Not being able to bear children, she adopted several orphans. What kind of example she set is debatable but she was widely regarded as a tender-hearted woman, the quintessential soiled dove with a heart of gold.

The Army thought highly enough of her to bury her with full military honors in the Fort Yuma post cemetery when she died somewhere in the mid 1860s from a tarantula bite. Her body was exhumed in 1890 by the U.S. Army, along with 159 other servicemen’s, and moved to the presidio in San Francisco, California.

A fighter and a lover, unconventional and compassionate, Sarah Bowman, the Great Western, was a woman who did it her way.

Biographies and historical novels on Sarah Bowman:
Brian Sandwich, The Great Western; Legendary Lady of the Southwest
Lucia St.Clair Robson, Fearless: A Novel of Sarah Bowman
(Note: there are no known pictures of Sarah Bowman but the picture inserted fit my expectations.)
Posted by Anne Carrole at 1:34 PM 2 comments:

We’ve reviewed over 60 western historical romances on the site in the last year from over 30 different authors and that’s certainly not every author or book that has been published in the genre—try as we do to capture as many as possible.

Here are a few of my favorite books just released or soon to be released—and this list is by no means comprehensive because I wouldn’t have enough room to fit every one. You can find a complete listing of great western romances on http://www.lovewesternromances.com/. Let me know if there are any recent releases you'd add to the list. 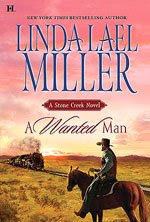 (Released in February)
Posted by Anne Carrole at 5:59 PM No comments: 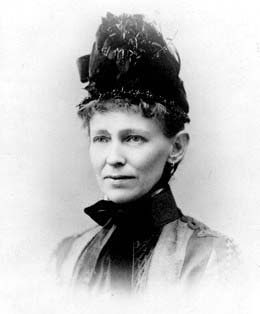 One of the reasons the period of the Old West fascinates me is because I wonder if I would measure up to the men and women who risked everything, including their lives, for the chance at a new beginning. I love to research, in particular, the women who made the journey, generally following their menfolk or taking the leap of faith to become a mail order bride. With little respectable opportunities beyond marriage and teaching open to women, admittedly their options were limited. But what drove them to take on the hardships and deprivations that awaited them? How did they survive the loss of family members that were a certainty in such a challenging environment?

Take a woman like Mary Low, who came to Washington Territory at the age of nine with her family as part of the first settlers of what would become Seattle, Washington. Presumably she had no say in the matter when her father decided to leave Illinois for the new land. It was a cold and damp November when the family arrived by ship expecting a settlement with four cabins ready and found none completed. One can imagine she had to work hard, even as a youngster, to help finish those cabins by Christmas. According to an essay by Dorthea Nordstrand, (www.historylink.org/essays), that first Christmas was celebrated not only with four finished cabins but a feast consisting of two wild geese, salmon, wild potatoes and a few dried applies for pies as their bountiful supper.

If the rest of her life is any indication, the trek west and an upbringing in primitive conditions formed a life long pioneer spirit in Mary. When she was old enough, she became a teacher in Kitsap County near the lumber camps. In fact, at the age of twenty, she married a lumberman, Woodbury Sinclair, in 1862. Woodbury was seventeen years her senior. And when her husband decided to strike out and establish himself as one of the first residents in what would become Snohomish City in 1865, Mary followed him. On April 30 of that year she boarded a steamer with a month-old baby in her arms to make the trip across the Puget Sound and up the Snohomish River to her husband’s claim. She would be the first white woman in the area. Their new beginning would not come without cost. Twenty days later the baby died.

In her book, “Sketches of Early Snohomish Life” (1911) she reminisced in almost Whitmanesque terms about those early days giving some insight as to how women coped during a time of deprivation and hardship, loss and isolation:

“There was much to do, but the pioneers were hustlers and could turn their hands to anything -- no specialists in those days. The women, young and hopeful, fearing neither danger or privation, soon began to make things look homelike. A large fireplace assisted considerably in clearing the dooryard, in which later bloomed old-fashioned flowers -- Sweet Williams, Marigolds and Hollyhocks. There was no time to be lonesome; frogs sang cheerily in the nearby marshes; mosquitoes kept the people busy building smudges. Wild game was plentiful. The Indians brought venison, wild ducks, fish and clams. Also the ranchers from Snoqualmie Prairie brought delicious hams and bacons of their own curing."

Mary had two more children before her husband, then 46, died suddenly in 1872. Mary was a widow at the tender age of 29. Her husband, being one of the first settlers, had left her with prime real estate in the newly settled outpost and it is reasonable to assume she used the proceeds from rents and land sales to maintain her household. Besides being the first white woman in the area, she also became the first teacher when she opened her home as a classroom. You can’t help but wonder if she imbued her students with her pioneer spirit.

She died in 1922 at the age of 79, still in residence in Snohomish City in her original home on Pearl Street. During her lifetime she had seen Washington Territory move from a wilderness to a thriving state, had witnessed the area’s struggle to give women the vote (Washington Territory had given women the right to vote two times in the late 1800’s only to have it repealed both times due largely to saloon interests who feared women would vote in support of prohibition), had lived through the Civil War period, the Nez Perce war and the First World War, had witnessed the invention of the car and the airplane and most importantly, had participated in claiming a wilderness. A woman surviving despite extraordinary circumstances.
Posted by Anne Carrole at 7:43 PM No comments: