The Dukes of Manchester: When Being A Noble Doesn't Mean You Are Noble! 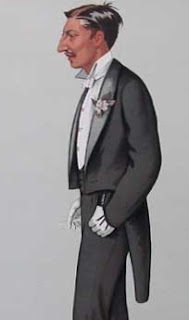 Blogging today about the scandalous Dukes of Manchester (including the current Duke!) at http://www.heartsthroughhistory.com/the-dukes-of-manchester-when-being-a-noble-doesnt-mean-you-are-noble/
Lot's of fodder for stories so hope you will check it out.


Note: Picture is courtesy of Wikipedia.

This media file is in the public domain in the United States. This applies to U.S. works where the copyright has expired, often because its first publication occurred prior to January 1, 1923.
Posted by Anne Carrole at 8:28 AM No comments: 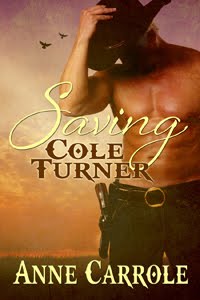 
Kate Flanders is set on marrying Cole Turner and saving him from the gun-toting life he’s been leading. Kate’s loved Cole since they were children, growing up in very different families. Now that he’s back in Three Bridges, this may be her last chance to make him hers and she’s got a plan.


Cole Turner is many things, most of them bad, but he’s not about to take advantage of the one person in his life who actually saw some good in him. Kate’s fantasy about marrying him is just that, a fantasy. Not that he doesn’t want her, he does. But he’s not about to ruin her life, because that’s what being married to him would do.


One determined female, one stubborn cowboy...anything can happen.

“I’m not going to marry you.” Cole stared in disbelief at the pretty young woman who stood before him. Pressure pulled tight across his chest like a rope around a calf’s ribs. How could she even think such a thing?


“You’re a coward, Cole Turner." Kate Flanders spat out the words so hard her sweet face got all twisted up with emotion.


Had a man called him that, he’d have drawn already and fired his shot, likely killing the idiot. That all he wanted to do was collect her in his arms and kiss the blazes right out of her said he was loco, not a coward.


Cole looked around the copse of pine trees that hid the couple and their two hobbled horses and wondered how he had gotten into this predicament. Nothing to do but gather the splinters of his temper and address this reasonably.


“Kate, you know I’m not the marrying kind. I wouldn’t make a good husband and you...” He paused to take a needed breath. “Wouldn’t make me a good wife.”


She bristled like a porcupine under siege. Those blue eyes of hers went wide then narrowed as she shook her head. Auburn colored strands tumbled from her fancy hairdo to frame her delicate face.


She was a beauty. He certainly knew how to pick ‘em where looks were concerned. Where he apparently fell short was accounting for temperament.


“I’d make you the best wife and you know it.” She stabbed a slender finger in his chest, giving several pointed taps. When she leaned in closer, he could smell the scent of roses. “I’ll save you from yourself.”


Damn if that pouty red mouth of hers wasn’t distracting. He’d kissed her senseless last night.


“I don’t need saving.” He’d packed too much sinning into his twenty-three years for there to be talk of saving.


Her face turned red and her backbone went straight as a newly hammered post. “You need to settle down. You need to marry me. We need to make babies.”


“I’ll be happy to do the last part.” He gave her a grin that had gotten him into bed with more than one woman. “The other two—ain’t gonna happen.”


He wasn’t so much afraid of her temper as those clenched fists bunched on her hips.


Last night under the stars, she’d let him touch the soft breasts hidden now under her silky blue dress. Guess she thought that entitled her to some sort of declaration on his part.


“Cole Turner, don’t you be making wise with me. It’s Kate Flanders you’re talking to, not Polly at the Red Bull.” She stomped her booted foot on the ground.


“Exactly why I’m not going to marry you. For Christ’s sake, Kate. Your father would never allow it.” That truth angered him more than it should have. His large hands settled on shoulders so delicate he took extra care to be gentle. “I’m a bounty hunter, Kate. I kill people for money. I’m no good.”


Tears sprang to her blue eyes like metal to a magnet, making him regret his remark. But it only proved what she should already know: he wasn’t fit to be her husband, and what he wanted didn’t matter in this at all.


She unclenched her fists and wrapped her arms around his neck, and damn if he wasn’t powerless to stop her. “I love you,” she said in a single breath that nearly stole his away.

Here's the cover for my new western historical romance novella, SAVING COLE TURNER, due out in February. What do you think?