The Scottish, Irish, and British Connection with Wyoming

Sitting in a booth in The Albany restaurant, bar, and liquor-mart in Cheyenne, Wyoming, my husband and I never suspected we would have the best bread pudding ever in just a few minutes. My husband is somewhat of a connoisseur of bread pudding. No matter where we are in the world, if bread pudding is on the menu, he must sample it. Last month in Cheyenne was no exception. 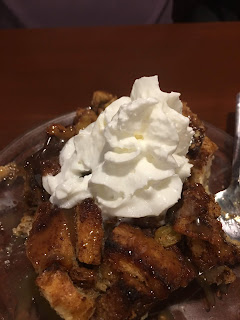 Who would expect such wonderful bread pudding in a town known for being part of the Wild West? Who would expect to find high tea being served at the Nagle Warren Mansion either? The answer to those two questions is anyone who has studied Wyoming history.

Wyoming was a magnet for Scots, Irish, and British immigrants, some of them second sons of aristocrats who came to Wyoming to make their name as Cattle Barons. Here are just a few famous Wyoming citizens with roots across the pond.

William Drummond Stewart came to Wyoming in 1833, the second son of Sir George Stewart and Catherine Drummond. When his father passed away, he inherited £3000 but control over the inheritance was given to his older brother. Stewart decided to cross the Atlantic and make his way as an American fur trader along the Green River in Wyoming. During his time in America, he met William Clark of Lewis and Clark, traveled with the son of future President William Henry Harrison, as well as Eliza Spaulding, the first Euro-American woman to cross South Pass Wyoming. He eventually returned to Scotland upon the death of his elder brother in order to inherit the title and live out his days in Scotland.

Ella “Cattle Kate” Watson, daughter of a Scotsman who immigrated to America, was a woman homesteader who got caught in the crosshairs of a powerful cattle baron, Albert Bothwell who claimed, erroneously, that she was homesteading on his land (it was public domain land) and had rustled his cattle. He came with several men to her ranch, abducted her, and took her and her partner, James Averell to a large tree near the banks of the Sweetwater River and hung them. Witnesses to the crime either disappeared or were found dead and so the lynching party escaped any consequence. 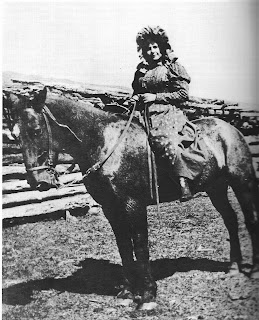 This event, however, precipitated the Johnson County wars. John Clay Jr. of Perthshire,  managed ranches for Scottish investors of the Swan Land and Cattle Company. He became President of the Wyoming Stock Growers Association which held meetings at the exclusive Cheyenne Club where decorum was insisted upon and tea was served. As President, John Clay Jr. defended the actions of the hired guns who invaded Wyoming’s Johnson County and killed the falsely accused Nate Champion for cattle rustling and laid siege to another ranch. The shootout, which involved law enforcement and the militia, took place over 3 days until the invaders could be arrested. Clay denied any knowledge.

Military service and construction of railroads brought the Irish to Wyoming including one very prominent Irishman, Fightin’ Philip Sheridan, son of Irish immigrants from  Killinkere, County Cavan, Ireland. Sheridan, a military man throughout the Civil War and into the Indian Wars received a commission to the guard the natural resources of the Yellowstone area, an assignment Sheridan relished and took very seriously. Not only is Sheridan, the town, and Sheridan, the county, named after him but so is Mount Sheridan which was named in 1871 when he was still actively guarding the area.

Sir Horace Plunkett came from an aristocratic background. He was the third son of Admiral Edward Plunkett, the 16th Baron of Dunsany, of Dunsany Castle, and the Honorable Anne Constance Dutton (d. 1858) (daughter of John Dutton, 2nd Baron of Sherborne). He attended Eton
College and University College, Oxford, of which he became an honorary fellow in 1909. Threatened by lung trouble in 1879, Horace Plunkett thought ranching in the healthy air of the West could help. He ranched for ten years (1879–89) in the Bighorn Mountains of Wyoming, which proved to be quite lucrative as he amassed a substantial fortune. He also learned a lot about agriculture during his stint as a rancher and, once he returned to Ireland, he used his new knowledge to improve agriculture techniques in Ireland.
Richard "Dick" and Moreton Frewen were sons of a wealthy Sussex, England, squire. Unfortunately, Moreton recklessly spent the money he was given by his father and decided to try his luck in America. He convinced his brother to accompany him out West. A chance meeting with General Sheridan sent the Frewen brothers to Powder River country. There the brothers acquired cattle and built a sumptuous home dubbed the Frewen Castle. Bad investments and rough winters soon sent the brothers back to England, poorer for the adventure.
And then there were Scottish born ranchers Malcolm and William Moncrieff, sons of Lord Thomas Moncrieff, and their English cousin Oliver Wallop who are credited with bringing polo to Wyoming.
The influence of the United Kingdom and Ireland had found its way into the culture of the West and left behind some of the best bread pudding ever.
For more this topic, a good book is Prairie Fever: British Aristocrats in the West by Peter Pagnamenta.
Where have you had great bread pudding? Hubby would love to know, lol.

Exploring Wyoming for HEARTS OF WYOMING

Took some time last week to enjoy Southern Wyoming where much of the Hearts of Wyoming series takes place. Traipsed around Cheyenne which still retains much of the flavor from the turn of the last century. Checked out the Cheyenne Frontier Days fairgrounds where Chance became a million dollar cowboy in Loving a Cowboy. Then took a drive to Laramie and enjoyed the sights of ranches and cattle as depicted in The Rancher’s Heart and Loner’s Heart with rolling hills and formidable mountains in the background. Saw a rodeo in Laramie, the kind that the Prescott Rodeo Company would have put on in The Maverick Meets His Match and Lonnie Kasin would have participated in ala my new work in progress. Then headed to Denver where Haylee from The Rancher’s Heart lived before she found Trace and saw the place where the Western Stock Show takes place which will figure into the new Hearts of Wyoming story, yet to be titled.  Here are some pictures of my trip you might enjoy. I have a ton from the Laramie rodeo and will be posting one every Tuesday for True Cowboy Tuesday on the LOVE WESTERN ROMANCE page. Enjoy! 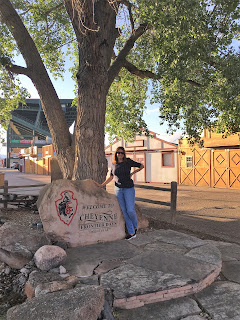 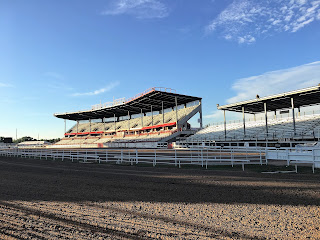 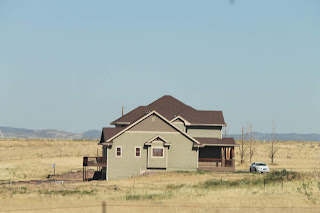 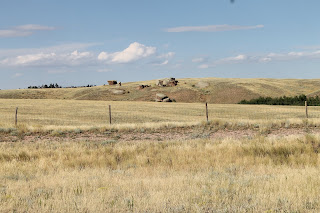 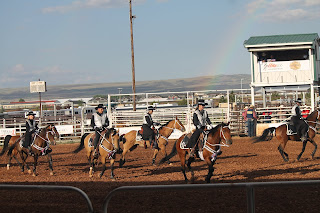 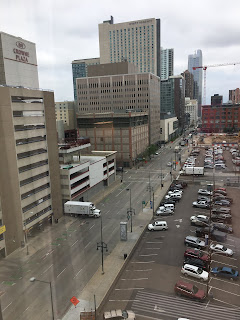 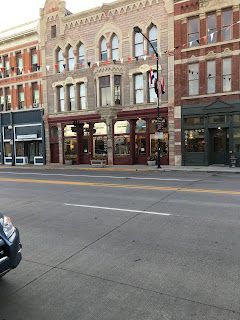 Posted by Anne Carrole at 12:47 PM No comments: